Delaere supplied a gaylord erecting system to a chemical company in the United States. Gaylords are octagonal boxes which are known in Europe as octabins.

This machine is able to erect up to 50 gaylords/hour. A robot is picking up flat gaylord bodies from a stack. A gaylord body is being dropped on a “zero positioning plate” and subsequently picked up again by the robot. In a next step, the gaylord body is transferred to the gaylord erecting position where the gaylord is manipulated into its octagonal shape. From the top, a bottom sheet is inserted in the erected gaylord by means of another robot-hand installed on a gantry system. Simultaneously, a pallet is dispended to place the erected gaylord box on.

Before the gaylords are picked up by an AGV, a bottle-shaped liner is automatically placed over the erected gaylord. 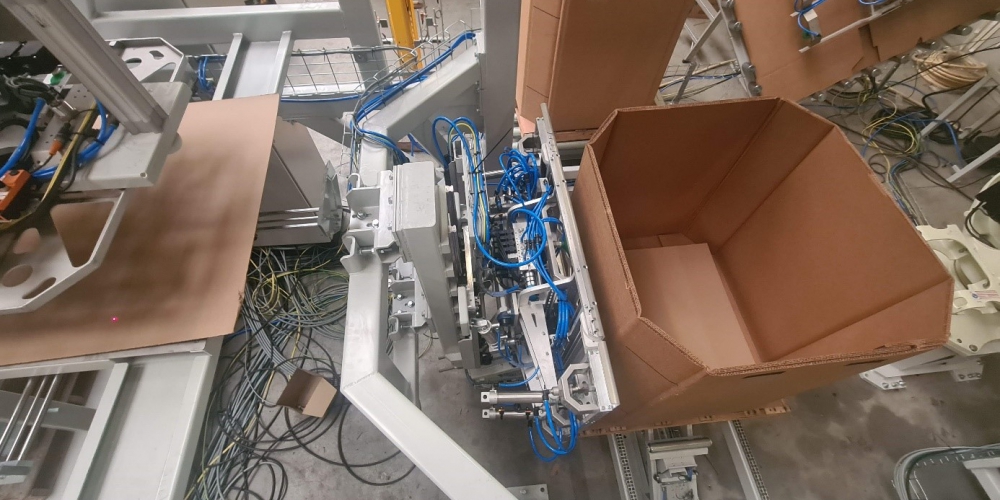 The stack of flat gaylord bodies is not supplied on a pallet, as in Europe, but with spacers positioned in between 2 flat gaylord bodies at about 1/3 of the stack height. Moreover, the bodies are stacked in a staggered way. This is requiring a recognition system to remove the spacers and to determine the top/bottom of the gaylord body.

Another challenge was the thickness of the cardboard which was approx. 25% thicker compared to previous boxes handled by Delaere systems.

Because of the cardboard thickness, extra pneumatic pushers were added to the robot hands in order to fold over the bottom flaps of the gaylord bodies.

At the end of the line, a pallet turning device was integrated to align the pallet direction towards the AGV picking up and transporting the erected gaylords for distribution within the plant of our customer. 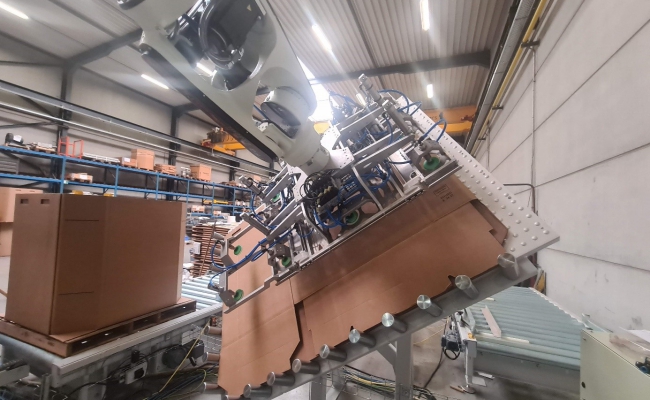 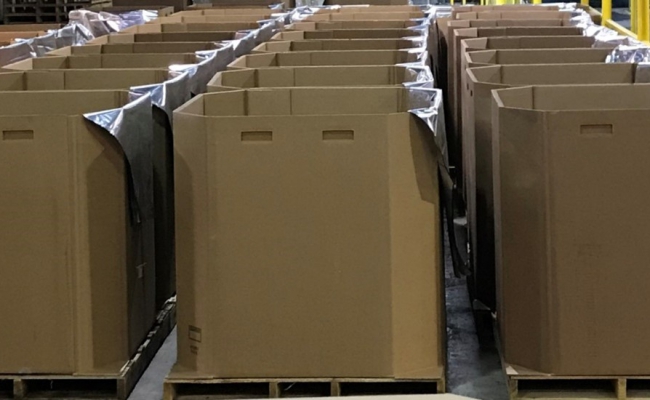 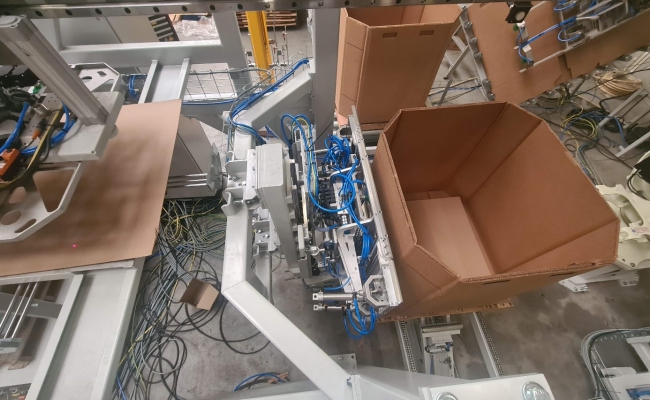 The result is an impressive gaylord erecting system enabling our customer to both reduce manual labor cost and to increase the number of gaylords that can be erected per hour.

Additionally, gaylords can now be erected on the spot which results in less required square footage for storage of gaylords.

What can we do for you?

We strongly believe in an integral project approach in order to ensure an optimal solution in the most efficient and fastest possible way. We have the people and the in-house capacity to help you with your project.